Economical Eloping - with a personal touch

All you need for a wedding is a couple, two witnesses (over age 18), a marriage license and an officiant. As it says on the City of Toronto Website --
"You can get married in Ontario just about anywhere you like, provided you have a licensed minister to perform the ceremony and, if you are holding the ceremony in a public space, the proper permit" "City of Toronto"

Which means you can be married in your apartment, at Sunnyside, at Ashbridge's Bay, at the CN tower, or in Jamie Kennedy's Gilead Cafe at lunch (if he doesn't mind).  A wedding takes 15 minutes, plus time for signing the license, so you can be married on the subway - or the Toronto Island Ferry, if you wanted to - as long as you get OUT of the subway/ferry and sign the license at a real location.  So be creative.

You can also go City Hall, and even bring along your own licensed officiant to the York, East York, North York and Scarborough City Hall Marriage Chambers, and ask the officiant to conduct a personal ceremony for you (note: you can't bring your own officiant to the City of Toronto marriage chambers, which is a privately run business, but you can use their officiants-on-call). You can reserve the City Marriage Chambers at the other boroughs for 30 minutes for about $75, and have a very personal ceremony, with just yourselves, or a small group of friends.

For almost the same money, however, you can reserve Allan Gardens, though! Be married in an indoor greenhouse in January - how lovely. Or rent the Hart House Chapel, which also allows you to bring your own officiant (ask us for info). Here is a list of other historic spots, and how to reserve them for your elopement or private wedding.

Regardless of the special spot you pick, you can make your wedding as personal and distinctive as you wish, even if it's only 4 people, the marriage officiant, and the clouds over the moon this evening..
No comments:

Surprise wedding: Engagement party and Wedding in One

We have had a few surprise weddings recently - and they are always very warm and exciting. The most common situation is when a couple decides to combine an engagement party and a wedding - and often a few guests and family are part of the plan, but not everyone. The officiant often arrives, introduces themselves, asks people to join the couple, and proceeds with the marriage service. Sometimes the couple slip away briefly and change clothes, and rejoin the group for the ceremony.

In two recent cases, we have held these ceremonies in the party rooms of condos, where it was already set up for a mini-reception for the 'engagement'.  Here is an example of a 'surprise' ceremony, from our other website.

Some advice:
** Decide in advance who will serve as witnesses - this can be an honour for people who were not part of the planning.
** Decide in advance who will need a little time to compose themselves before the ceremony (people who may be affected by the surprise).
** Take a few minutes to set up. Provide chairs in front of the couple to seat elderly guests and close family. Hug some people. Ask close relatives to hold your rings, and involve them.
** Provide a guest book or some other way to capture people's reactions.
** Pass out champagne during the signing of the license, to prepare for toasts and congratulations
No comments:

Witnesses for a Elopement Ceremony

Even if you're eloping, you still need two witnesses over the age of 18 to be present at the ceremony, and to sign the license. Witnesses can be from any country, as long as they have some ID and are age 18 or over.
Some of your friends might like to be invited, or close family members - especially at the last minute. If you do not have anyone in town, you can ask your officiant for recommendations, or hire a photographer (and assistant, perhaps) for the wedding, and they will be able to serve as witnesses. It's an honour to serve as a wedding witness, so spend a little time thinking about this important element.
No comments: 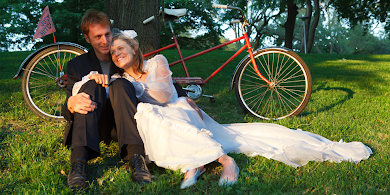 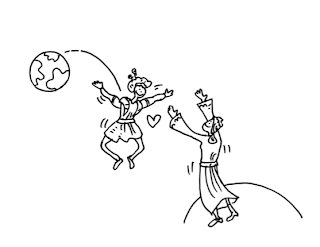